Health risks of exposure to high radon levels in your home 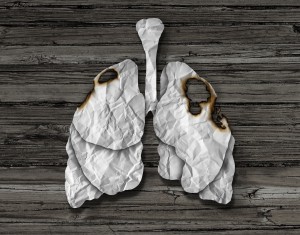 Although it is a naturally occurring gas, radon poses serious health risks to those who are exposed to dangerously high levels in their home. Primarily, radon exposure is directly responsible for afflicting tens of thousands of people worldwide with lung cancer each year.

Radon, which is a chemically inert and radioactive gas, can be found at low levels outdoors, as it forms naturally from decay. Gas from soil or rock then gets into buildings through cracks in floors and walls, construction joints and the water supply. As radon has no color, smell or taste, testing is the only effective way to detect it.

The average indoor radon level is about 1.3 picocuries per liter (pCi/L). According to the Environmental Protection Agency, approximately one out of every 15 houses in the country has elevated radon levels. For most people, the home is your primary potential source of radon exposure. If test results show radon levels of 4.0 pCi/L or higher in your home, the EPA recommends you take action to remedy the problem as soon as possible.

When elevated levels of radon build in an enclosed area, like a home, school or workplace, those who occupy that space long-term can face serious health risks. If you breathe in the gas, according to the U.S. Centers for Disease Control and Protection, “radioactive particles from radon gas can get trapped in your lungs.” Various agencies, such as the National Toxicology Program, have classified radon as “a human carcinogen.”

Along with smoking and secondhand smoke, prolonged exposure to radon is one of the leading causes of lung cancer in the general population; it is the leading cause among non-smokers, according to the EPA. Radon is responsible for approximately 21,000 deaths from lung cancer each year; about 2,900 of those deaths involve non-smokers.

Your chances of contracting lung cancer from radon depend on how much radon is in your house, particularly the main living and sleeping areas; how much time you spend at home; whether you have or currently smoke; and whether you burn substances, such as wood and coal, that add particles to indoor air, according to the CDC.

While lab studies and those involving people demonstrate a conclusive link between radon exposure and lung cancer, some studies suggest it may cause other types of cancer, such as childhood leukemia, as well, according to the American Cancer Society. However, the evidence regarding those links is mixed.

“Because radon and its progeny are absorbed mainly by inhaling, and because the radiation they give off travels only a short distance, it is unlikely that radon would affect other tissues in the body,” the organization states.

In general, though, poor indoor air quality can trigger asthma and various allergies for children.

Possible early symptoms of lung cancer include “shortness of breath, a new or worsening cough, pain or tightness in the chest, hoarseness, or trouble swallowing,” according to the ACS.