If your home isn’t ventilated properly, you may have radon.

Is your home breathing properly?  Just like people, homes need to breathe. However, cracks and crevices in homes can be sealed so thoroughly that they can prevent necessary ventilation. It is necessary for homes to allow gases from organic compounds to escape. Think paints, solvents, aerosols, dry-cleaned clothing and other common household items that generate potentially harmful gases. All have compounds that need somewhere to go. More important is allowing ventilation for naturally occurring compounds like radon. 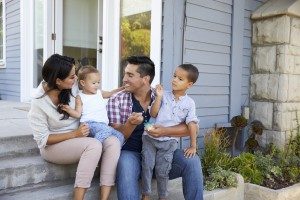 Radon occurs where uranium is most prevalent. As the uranium in rocks and soil breaks down, it produces radon gas. Homes that are built atop uranium deposits, such as is often the case in Colorado, are susceptible to radon issues. A U.S. map shows, generally, the highest radon levels occur along the Rocky and Appalachian Mountain ranges, as well as the Upper Midwest. That makes Colorado something like ground zero for radon. In Denver, nearly half of all homes have elevated levels of the gas.

If radon exists near a home, it can find its way in through basements, construction joints, cracks in corners and foundations, or anywhere else that lines and pipes enter. And once it’s inside a tightly-sealed home, radon can’t easily leave. Basements and crawl spaces are the most common areas to find radon gas.

How to know if you have a radon issue
You can’t see or smell radon, but you can buy an inexpensive test kit at a hardware or home improvement store to detect its presence. Kits start at about ten dollars, but check consumer and professional reviews before making a purchase to avoid inaccurate readings.

Short-term kits—those designed to monitor levels for a few days to three months—are available, but radon levels fluctuate. If a short-term test kit shows high levels, you may consider a second test with a long-term kit that takes 90 days or longer.

Place the kit in the lowest level of the building where there is regular activity. If the basement is used as a living space, such as a play area, install the kit there. A reading of four or higher indicates the need for immediate action.

How to fix the issue
Radon mitigation is the process of reducing radon gas to safe levels in living areas. DIY radon mitigation kits are available, but there is no guarantee they will be effective. The EPA recommends selecting a professional radon contractor who can investigate radon levels and then recommend and execute a mitigation plan. Look for installers who have professional certification such as from the National Radon Proficiency Program.

An Active Soil Depressurization (ASD) System is the most popular and effective means of radon mitigation. The simplest description of an ASD is giving gases the means to vent through sealed vertical piping running from beneath the lowest part of the structure to the exterior. Mitigation is similar in price and scope to other basic home improvements, and usually can be accomplished in a day or less.

Mitigation can reduce radon levels up to 99%, with improvements occurring almost immediately. If you wonder if a home has high levels of radon, take action today.