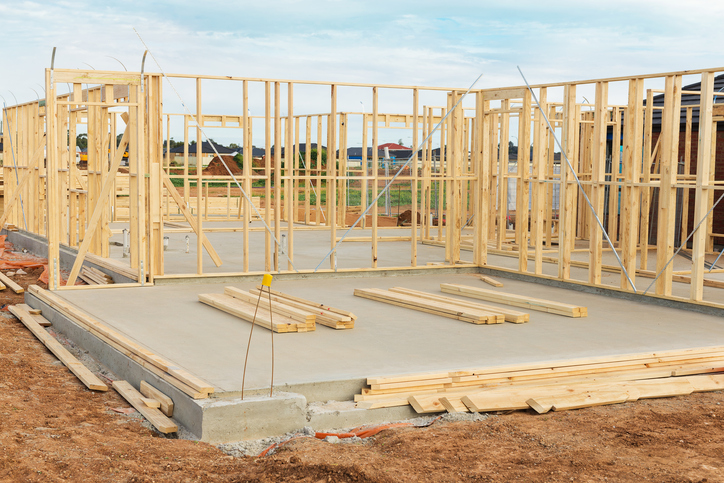 Radon Can Be In a Home with Any Type of Foundation

Colorado’s Basements, Crawlspaces, And Slabs Are Not Radon Resistant

If you live in Colorado, who knows? Your home’s foundation probably depends on whether the weather is generally cold or warm. Yes, we’re aware that we sort of used a tongue-twister to convey a point.

Regardless of the weather or the home foundation, though, a radon test is the best way to ascertain whether your home has radon — a radioactive gas that is colorless, odorless, and tasteless and is a serious health hazard at high levels. Some builders advertise that the homes they build are “radar resistant” but that’s “not necessarily so” says this Radon FAQ for Homeowners.

“Although the name Radon Resistant New Construction (RRNC) implies that the home resists radon, RRNC simply is the installation of radon system pipes without a radon mitigation fan,” the FAQ says. “Without the fan, the home is “radon system ready,” but not resistant to radon entry.”

Nationally, 70 percent of single-family homes built in 2017 had basements according to this U.S. Census Bureau report while 12 percent had crawlspaces, and 19 percent had slab or other home foundations. Yeah, I know the Math is slightly off, but that’s what the report says.

The predominance of basements masks regional disparities caused by the weather. This report by the National Association of Home Builders shows that 87 percent of single-family homes built in New England in 2013 and 84 percent built in North Central states have basements, but the figure is less than 1 percent for West South Central states (Texas and three neighboring states) and 4 percent for Pacific states.

We couldn’t find the breakdown in Colorado, but the home builders’ organization has numbers for the eight “Mountain” states — Arizona, Colorado, Idaho, Montana, Nevada, New Mexico, Utah, and Wyoming, In these states, 52 percent of the homes built in 2013 had a basement foundation while 11 percent had a crawlspace foundation, 36 percent had a slab foundation, and 1 percent had an “other” foundation.

The Mountain states’ stats might be of little use when deducing Colorado’s stats because Idaho, Montana, and Wyoming’s homes could have about the same percentage of basements as their North Central neighbors while the percentages in Arizona, New Mexico, and Nevada could be about the same as their West South Central and Pacific neighbors. Most homes in Colorado’s cold-weather climes like the mountain areas could have basements and most homes in its warm-weather climes near the Southwestern states could have slab foundations.

Each of the three major home foundations has pros and cons that we think you should be aware of. They are listed below.

A basement’s primary advantage is that it protects residents from storms and other bad weather. A basement also provides residents with an additional room for living and storing property, is easier to repair because you can stand in it, and has a lower per square-foot cost than other foundations. The disadvantages include a greater overall cost because of its higher square footage and the potential for flooding, particularly if you don’t have a sump pump.

A slab foundation is one layer of concrete that’s poured into a hole in the ground. Most of a slab is about four to six inches thick, but up to two feet of concrete is poured onto its outer edges so it will be stronger. The home is built on top of the slab; gravel is underneath. Slabs take up less space so they’re less expensive than other foundations and easier to build and maintain. Slabs’ primary disadvantage is that they offer residents little protection against bad weather. In addition, plumbing repairs can be expensive because the plumbing systems are below the slab.

A crawlspace is like a tiny basement — a basement that is too small for people to stand up in, hence the name crawl, but big enough to store smaller property. It’s bigger and more expensive than a slab, smaller and less expensive than a basement. Homes with crawlspaces are a few feet off the ground so it’s easier to access their pipes and wires than homes with a slab. They’re also warmer than homes with a slab. The cons of crawlspaces include their inability to protect people against bad weather and the risk of moisture that can cause fungi and mold.

You can learn a lot more details by consulting the EPA guide, but the whole process is very complicated. That’s why consulting RDS can be an excellent solution to your concerns. The Better Business Bureau has given us an A+ rating and we are certified for radon testing and reduction by the gold-standard organizations in our industry.

Please contact us at 303-444-5253 or via our website (https://www.rdsenvironmental.com/radon/) if you have concerns about radon in your home.