There’s a good reason why the outdoors is known for its “fresh air”: the EPA has estimated that indoor air can have as much as 100 times the pollutants as outdoor air. These pollutants can cause or aggravate a variety of illnesses, ranging from asthma to lung infections. However, the most common health problem caused by poor indoor air quality is allergies. If an occupant experiences allergy symptoms year round, then indoor allergens should be considered.  Mold and allergen testing can be conducted.

Mold is one type of common allergen that requires special consideration. Routine testing for mold should be performed when buying, renting, or selling a home regardless of allergies, as mold damages property and reduces the value of the buildings it infests. 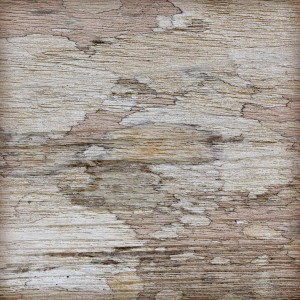 When it comes to allergies, other types of indoor allergens are more likely than mold to be the cause of hay fever-like symptoms. The most common culprits are dust mites, cockroaches, cats, dogs, rats, and mice. These six allergens are typically tested for simultaneously. The most popular allergen test uses a system of antigen-specific antibodies coupled to a fluorescent dye. Allergen tests can be qualitative (confirming an allergen presence) or quantitative (estimating the amount of allergen).

While cockroaches, rats, and mice create their own health hazards by spreading disease, their allergens themselves are harmless. Plus, although detection of pest allergens should prompt some additional inspection to check for an active infestation, these allergens may be left over from a past problem that has already been resolved.

Dust mites are found in most residences, but large amounts of dust mite allergens indicate a need for more thorough housekeeping. In addition to stirring up allergies, dust mites can also aggravate asthma and other respiratory issues.

Pet allergens are really only a problem for those who happen to be allergic. Pet allergies can’t be ruled out even if residents don’t keep pets themselves, since animal dander has been found to be ubiquitous and may be inadvertently carried in from other sources.

Unlike other allergens, mold creates serious issues for people who aren’t allergic to it. People with compromised immune system are susceptible to fungal infections caused by pathogenic mold species, which are common in homes. Additionally, mold eventually destroys whatever material it grows on, adding property damage to health risks.

In contrast to other types of allergen testing, a major part of testing for mold is to help find the source of the problem. Hidden water damage often needs to be uncovered and addressed before treating a mold infestation.

Some mold testing methods include:

Environmental Testing You Can Trust

Allergen testing is often important when an occupant shows respiratory symptoms to narrow down cause, or when a person with known allergies considers renting or buying a home. Mold testing, on the other hand, should always be done before any major real estate transaction. It’s also a good idea after flooding—mold thrives in moist environments. With over three decades of residential indoor air quality experience, RDS Environmental offers high-quality allergen and mold testing for single-family homes, apartments, businesses, and retail spaces.